Iraq and the descendants of Ibn Al-`Alqami

Rarely, it may happen throughout the history that the very exact historical incident recurs in the same country.

Frequently, it happens that incidents of history recur worldwide not in a certain country. However, the incident we tackle recurred in Iraq in the very details and the same characteristics of the persons.

This phenomenon is represented in the traitor minister who assists the oppressor occupier to capture his Muslim country, pillage its resources and kill its nationals specially the ex-president, namely Saddam Hussein, when the minister, rejoicing at his misfortune, enabled the enemy from Saddam to be killed. The minister did that to hold the post instead to be the obeyed ruler as he believes.

This story occurred in the afflicted Muslim country Iraq when Hulagu Khan on 656 AH attacked Baghdad. At that time, the traitor shiite Iraqi Minister Muayad Ad-Din ibn Al-`Alqami was a serious danger.

Making use of the shiite minister Muayad Ad-Din for his hatred for Sunni Iraqi Muslims, Hulagu contacted him and agrred with him to help the Tatar armies enter Baghdad through the views he offers to the Abbassid caliph Al-Musta`sim Billah. The traitor made that in return for a post in the ruling council which will hold the reins of government in Baghdad after the collapse of caliphate and getting rid of the caliph. The minister managed his part perfectly that he had an influential impact on the decessions of the caliph and the incidents took place at that time.

Hulagu asked the traitor minister to persuade the caliph to reduce the budget of the Iraqi army and the number of the solidiers and not to pay the attention of the state to arming and war but to the civil activities like agriculture, industry and the like.

Actually, the traitor persuaded the caliph of that. This is not some thing strange of a shiite like him. Unfortunately, the caliph reduced the budget of arming and the number of soldiers to the extent that the abbassid army reached 100000 warriors at the last days of the caliph Al-Mustansir Billah, father of Al-Musta`sim on 640 AH. However, on 654 AH, it became no more than 10000 warriors which reflects momentous decline in the arming of Iraq at the time.

Above and more, soldiers faced a state of poverty and misery that they used to beg people in the trading centers. Also, the military exercises were neglected and the commanders of the army lost their prestige and they became no more skilled in the arts of leadership, administration and planning. Moreover, Muslims disregarded the arts of fighting and striking in the cause of Allah.

The traitor counselled Hulagu to state as a condition on negotiating with the caliph certain persons. Such persons were dignitaries of Sunni scholars in Iraq. The traitor had a vigorous hatred toward them.

In effect, the dignitaries were summoned all by Hulagu who defined for them a place beyond the boundries of Baghdad located beside the cemeteries. Scholars came to go with their household. By then, scholars were slaghtered like sheep while their wives and children were either killed or captured. Indeed, it was a catastrophe.

Muayad Ad-Din was no not the actual ruler. Definitely, ruling was to Tatars, however, it worsened more. Ibn Al-`Alqami came to be insulted not by Hulague, but by the inferior Tatar soldiers to psychologically disappoint him and thus keep humble to the Tatar.

A Muslim woman saw him while riding his animal and the some of the Tatar chiding him to hasten his animal and beating it. This is in fact a very ignominious condition for the ruler of Baghdad. The woman stated him: were the descendants of Al-`Abbas treating you in this manner?!

She drew his attention to the humble condition of him and his country due to his traitorousness. Ministers were venerable at the ruling of Abbassid and there views were held esteemed to the people and the caliph himself.

Now, how disgraceful is the condition of the minister!! He is insulted by an inferior Tatar soldier who mostly not known for Hulague.

The words of the discerning Muslim woman grieved Ibn Al-`Alqami. He returned home where stayed distressed for few months and very shortly died at home. He died few months after the Tatar occupied his home on the year 656 AH that is he could not get the benefit of rule or even the treason. This is to be an example for all as Allah, the Almighty, says: (And thus is the seizure of your Lord when He seizes the cities while they are committing wrong. Indeed, His seizure is painful and severe.), Hud, 102.

He was the first to loose by letting the Tatar occupy Iraq. He became in charge of Baghdad, yet a ruler without authority. A ruler on a ruined country, a ruler on the dead and the sick.

Let the descendants of ibn Al-`Alqami at the present in Iraq benefit from this as they states openly their desire in keeping the Americans at their home, Iraq, and obey their commands.

Have they learned the lesson as they toppled the old tyrant Iraqi president, namely Saddam, and they succeeded him as new tyrants?!!

History is a reminder for whoever seeks contemplation.

However, verily in this is a Message for any that has a heart and understanding or who gives ear and earnestly witnesses (the truth).

The Prophet Muhammad's morals on dealing with messengers and kings 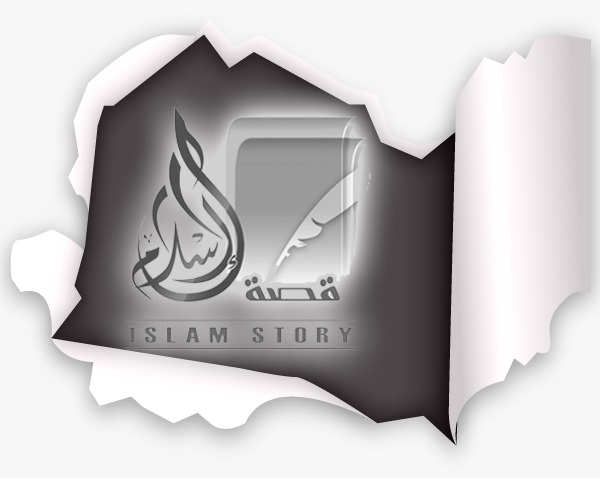